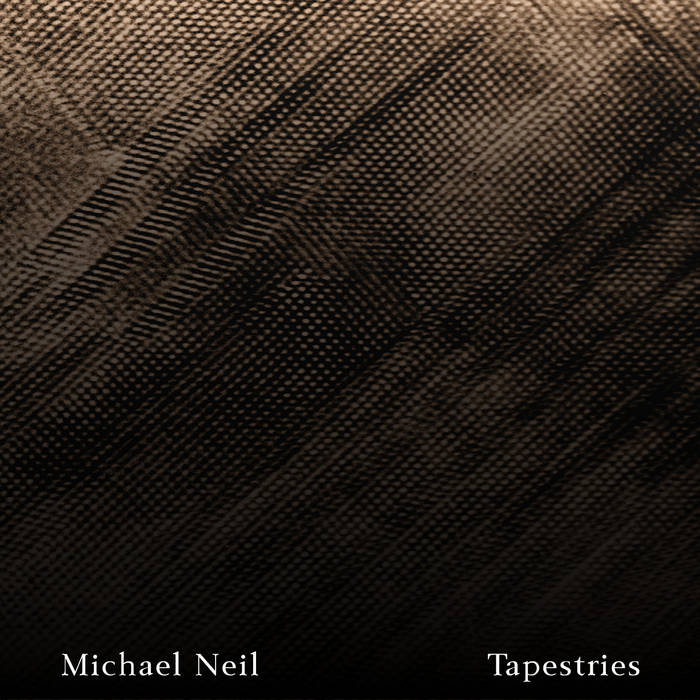 Dedicated to the memory of Günther Hager (H.G. Fortune).

The 90-minute “Tapestries” is an epic work inspired by Berlin and the electronic music that inspired Michael Neil to become a composer.

The album’s music incorporates instruments familiar to the 70’s period of Tangerine Dream and Klaus Schulze like the Mellotron, EMS VCS3 as well as software synthesizers developed by the German H.G. Fortune. Or better defined: it builds a bridge between past and present in terms of music and technology.

The cd contains seven long form pieces, which melts expansive soundscapes, choir pads with some rapid, minimal sequencer lines, although there’s also a slight neo-classical rim to them all. There’s a certain improvised feel embedded in the music, which e.g. sees Michael play some nice mellotron flute on “Weaver”.
Grand spaces with elevating effect open up on the 14-minute “Oriental Express”, while the textures and its sequencer pattern gradually unfold in a repetitive but pleasant manner before ending up in flowing choir pads.

“Submergence” is short gentle and melancholic vintage piece with beautiful soft mellotron textures, followed by the atmospheric “Ariadne’s Thread”. The free form “Magenta’s Lake” starts out rather experimental with echoing bell sounds and remains a 22-minute mélange of rather alienating and searching sound pads and effects, vaguely reminding of Schulze’s “Velvet Voyage”.

Which brings us to the grand final of the album: the expansive “The Wide Blue Yonder” is an arc of lush and warm mellotron textures, string and choir pads smoothly stretching out. A swirling, mesmerizing sequencer pattern is added to them at the 4-minute mark, which slowly sets the whole piece in motion.
This stunning 17-minute track alone, which sparkles even more when using a good pair of headphones, makes it worth buying the album.
Bert Strolenberg - Sonic Immersion - www.sonicimmersion.org/tag/michael-neil

Michael's titles are available on CD from Synth Music Direct (link below).

Bandcamp Daily  your guide to the world of Bandcamp